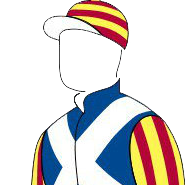 Great to see The Honey Monster break is maiden in style for Lamont Racing.

👏🏻 Gweedore gets off the mark under Rules at the 11th time of asking with a gutsy win for @K_scottracing & @AndrewBrezz in the second division of the Scottish Racing Academy Now Recruiting Students Handicap at @MusselburghRace pic.twitter.com/BIsi76vQ84

Our 2nd Yearling joins Lamont Racing: a smashing Colt by Epaulette out of a Black Type Mare.

Our Honey Monster ‘Gweedore’ by Epaulette starts his journey to the winners enclosure 🙂 pic.twitter.com/7gcblsN4ul

Our 1st yearling purchase of the year; her Syndicate was sold out within 1 hour and no wonder!

Meerpat makes it 2 wins in the space of 2 days at Haydock for Lamont Racing. Under a great ride by young apprentice Andrew Breslin, Meerpat broke well and tracked the leaders; young Breslin pushed the button and she led over 2 furlongs out and was clear inside the final furlong to win cosily. Delighted for all connections and great to see Meerpat back to her best after a short break.

Maifalki comes from last to 1st under a great ride by course specialist Richard Kingscote, in the Best Premier League Odds On Smarkets Handicap (Class 4). Malfalki was held up towards rear, making great headway over 1 furlong out and kept on to lead close home. What a horse he has been this season, clocking up his 3rd win this year. His stats now read 2-2-3-1-3-1-4-1 for the season! Superb training performance by all at Jason Ward Racing.

Maifalki is back to winning ways, overtaking Medalla De Oro
at the last and scoring a double for jockey, @RKingscote in the process pic.twitter.com/lufyWnEtXe 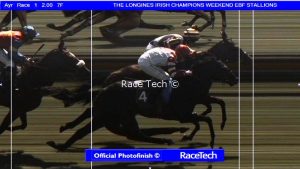 Wee Jim confirmed his promise at Musselburgh. He followed up that success under a penalty, and in a style that suggests this is certainly not his limit. Wee Jim enthusiastically chased the leaders, quickened to lead 2f out, drifted right, and was driven out to win cosily. With a stronger pace and being held up for longer, he will be seen to better effect and is sure to progress further. He also picked up a £10k plus 10 bonus. 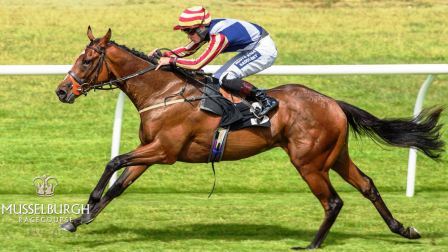 ‘Wee Jim’ was upped in trip to 7 furlongs, having clearly derived huge benefit from his initial experience at York, he wasn’t unsupported and was available at 22/1 the previous night. He deserves extra credit as he was keen early and pulled like a train from the outside draw, although he had plenty in the tank at the business end; he disputed the lead and refused to settle, but he led on the bridle 2 furlongs out with the Mark Johnston 11/8 Favourite paddling. Wee Jim won readily. 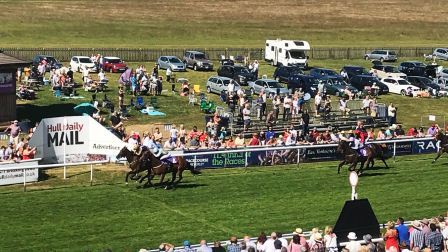 Maifalki was a reluctant leader for the 1st furlong of the race, as there was absolutely no pace on. He was close up and led again 2 furlongs out. Driven, he travelled strongly and was ridden over 1 furlong out and headed just inside the final furlong. He had a great attitude and rallied gamely in the last 100 yards to lead again near the finish.

Absolutely delighted for all involved. This lightly-raced 5-year-old has secured his 4th win.

The North Yorkshire trainer has one win from as many starts on the Westwood in 2018 after subsequent Royal Ascot runner Shakour claimed an eight-and-a-half furlong novice auction stakes in April.

Now Maifalki gets the chance to shine in the mile-and-a-quarter Alec Scotter’s 70th Birthday Handicap at 3.30 pm. The five-year-old gelding was a fine winner of an eight-and-a-half-furlong handicap at Hamilton on May 6, and most recently finished third at Huntingdon on what was his hurdling debut.

Ward said “I’d hope he’d have a good chance. He’s a lovely, big horse that we inherited from Mark Walford’s yard. It’s probably lucky we got him so late in life as he’s a real late-developing sort. He’s filled out and looks like a racehorse now, instead of two planks stuck together. He’s always had the ability and it didn’t surprise us that he won so well at Hamilton, where he beat a very well-handicapped horse (Jacob Black). We’ll be patient with him at Beverley as [the trip] might be the end of his limits. Either way, I’m not too worried about it as I think he’ll end up being a proper mile-and-a-quarter horse. He’s in great form and we’re hoping for a big run.”

Maifalki takes on recent Wetherby scorer Music Seeker and Auxiliary, who made a victorious debut for Lawrence Mullaney at Hamilton in June. Mullaney said, “He won quite nicely last time, but I’m hoping he can come on for the run as that was his first start for a long time. He’s only gone up 1lb for Hamilton and Paula Muir, who has ridden four winners from eight rides for us this year, takes off 7lb. I was really cautious about whether or not we went for this race – he did have other options – but the prize-money is good and it looks like a nice race for him. He came out of Hamilton in great order and hopefully he’ll have a grand chance as our horses have been running really well of late.” 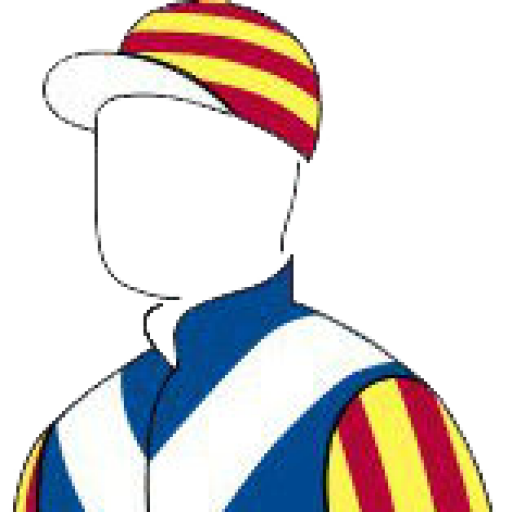